France relaxes its ban on trucks entering from Britain 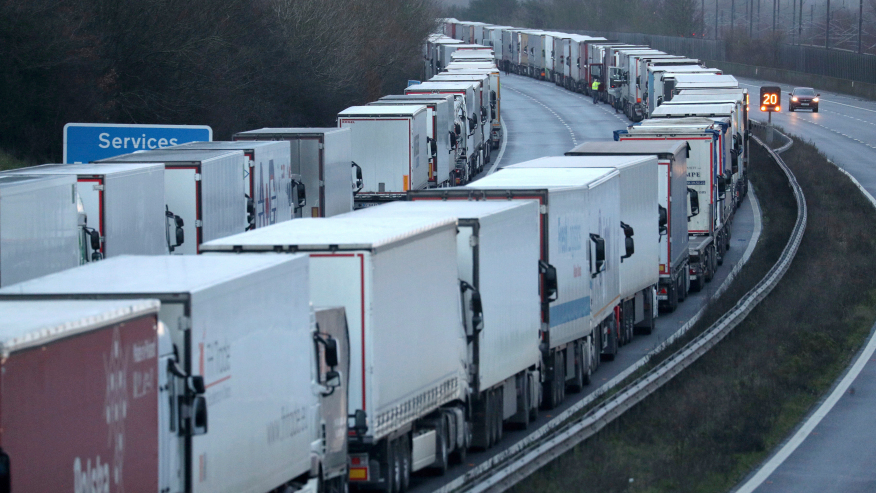 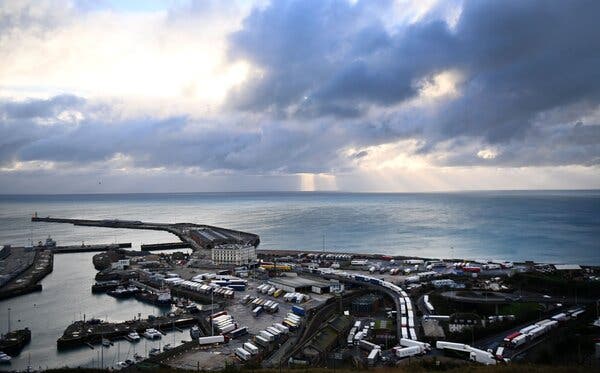 LONDON — Trucks began boarding ferries in Dover on Thursday to cross the English Channel for the first time in four days, a step toward ending a thousands-deep traffic jam that piled up at the border after France banned crossings from Britain to limit the spread of a coronavirus variant.

Sea, rail and air routes had been reopened more than 24 hours earlier, after London agreed to conduct virus tests for the drivers, but the backlog only began to clear on Thursday after the British authorities set up screening and started clearing the healthy to travel.

Members of the British military were dispatched to help test the thousands of drivers, who must show proof of a negative coronavirus test before being allowed to board ferries to France.

The magnitude of the task meant that movement remained slow on Thursday morning. It could take days to fully clear the logjam, officials said, meaning that many drivers were unlikely to make it home for Christmas Day.

Although the tremendous backlog of freight was rooted in fears about the coronavirus, some commentators had seen in the mammoth lines a portent of what might be lying in wait after Britain concludes its withdrawal from the European Union. But those concerns seemed to have receded on Thursday when London and Brussels announced they had reached broad agreement on a post-Brexit trade deal.

After days of confusion, anger, and chaos in and around Dover, however, that will be of scant consolation to the hordes of drivers left stranded after the border was abruptly closed, leaving them with nowhere to go and little access to food or public facilities.

Many have been forced to sleep in their rigs for several nights, and even with the route open, exasperation was on show on Thursday, with some truckers spelling out the word “HELP” with traffic cones, according to a picture in The Guardian.

“It’s like a horror movie,” said Ravinder Singh, chief executive of Khalsa Aid, which has been distributing meals to drivers stuck on the highway. “For them, it’s a prison: They can’t go anywhere,” he added. 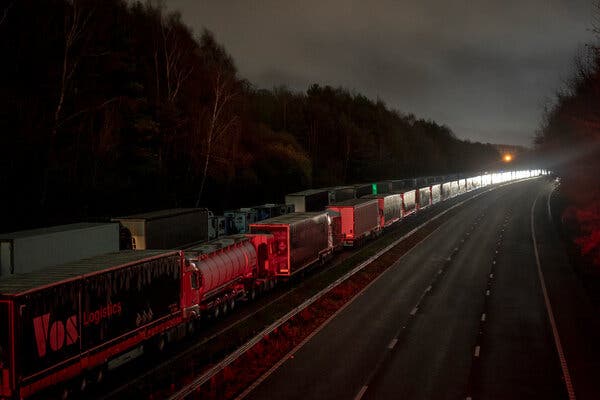 Amid concerns that the holidays would cause further delays, Grant Shapps, the British transport secretary, said on Thursday that he had agreed with the French authorities to keep open the border controls at Dover, in southeastern England, and at Calais, across the English Channel in France, over Christmas.

About 6,000 trucks remained stuck in Dover and on the approach to the port on Thursday, with 4,000 of them parked at a disused airport that has been turned into a holding area, the BBC reported. According to Mr. Shapps, as of midday, 2,367 tests had been carried out on stranded drivers, with three positive results so far.

Testing was fully mobilized at the port and at the disused airport, a spokeswoman for the Port of Dover said. She said that about 100 freight vehicles entered the port on Wednesday night and that many were expected to join on Thursday, as the authorities try to get as many trucks as possible onto ferries.

The buildup of vehicles will take time to clear, prompting the government in Kent, the county that includes Dover, to work with aid organizations to provide food and water to drivers. Supermarkets and local businesses in the southeast of England have also made donations, council officials said, adding that more portable toilets had also been installed along the highway. 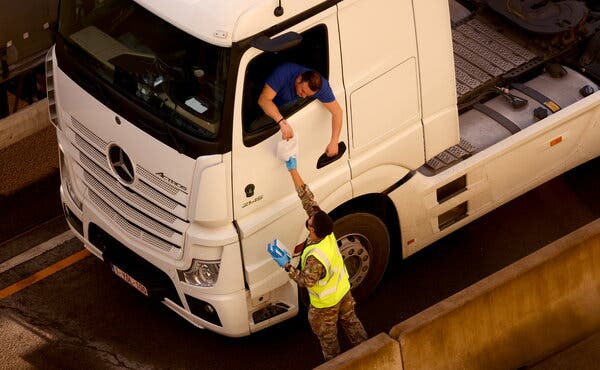 Roger Gough, the leader of the Kent council, said in a statement that he hoped the situation would steadily improve.

“I have, however, deep sympathy for those for whom this will come too late to spend Christmas with their families,” he added.