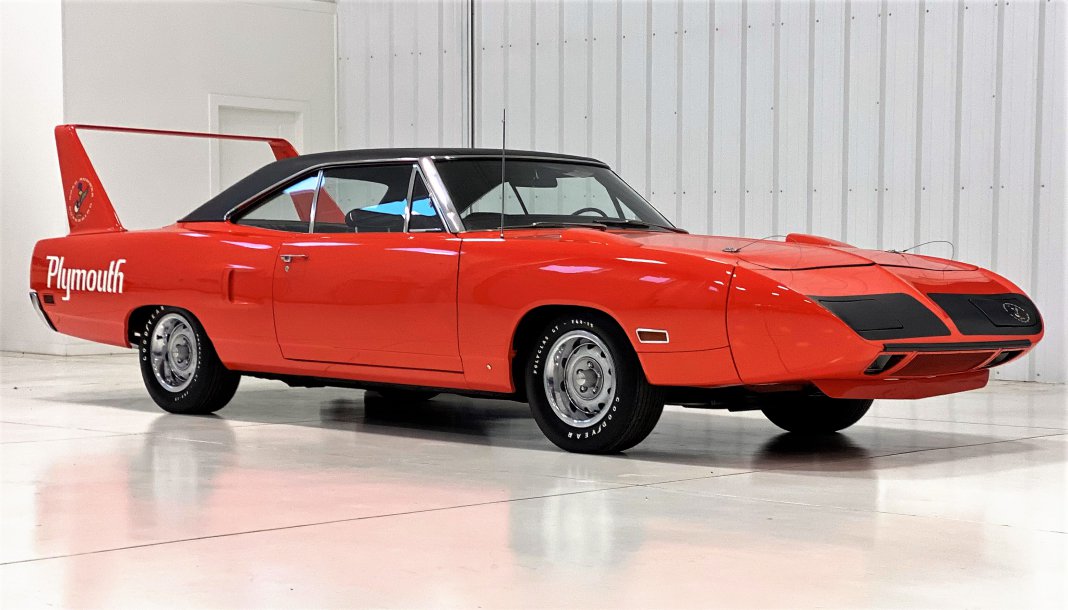 A wide selection of “exceptional” big-block muscle cars will be offered at no reserve during Barrett-Jackson’s Scottsdale Auction, led by a 1970 Plymouth Hemi Superbird survivor driven just 6,000 miles and a well-documented 1967 Chevrolet Yenko Super Camaro 427/450.

Barrett-Jackson’s 50th anniversary is being celebrated during the event, which takes place January 22-30 at the WestWorld event center, after being postponed one year due to the pandemic – the auction company founded by Russ Jackson and Tom Barrett held its first Scottsdale collector car sale in 1971, and every year since.

The Superbird is a terrific example of a well-preserved muscle car of the highest order, fitted with dramatic aerodynamic pieces to add speed in NASCAR racing and powered by Mopar’s legendary 426/425-horsepower Hemi V8.  Barrett-Jackson calls it “one of the finest remaining original examples in existence.”

“The classic big block American muscle cars are the embodiment of bold ideas and big leaps in engineering and performance,” Craig Jackson, chairman and chief executive of Barrett-Jackson, said in a news release. “When it was first introduced, the Superbird was largely overlooked by buyers because it was developed more as an experiment in cutting-edge aerodynamics for American racing.

“This original Superbird will be among some of the crown jewels selling at during our Scottsdale Auction.”