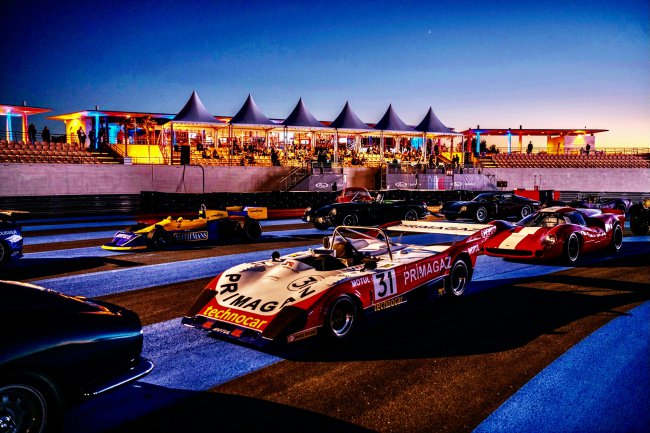 With sales totaling $44.454 million, RM Sotheby’s sale this past weekend of The Guikas Collection rates among the top-10 single-consignor collector car auctions ever.

That $44.454 million figure (converted from €39,532,700 as the sale was staged in France) ranks well up on the all-time list. Topping that list is the more than $100 million generated by the Kruse’s sale of the Harrah Collection in the late 1980s.

Jean Guikas was a teenager when he saw a Ferrari Daytona on the streets of his hometown in the south of France in 1970. As RM Sotheby’s relays the story, “Upon hearing the excitement and passion in his young son’s voice after his first encounter with the car, the elder Mr. Guikas managed to track down the owner of the car and put it in their own garage only a few short months later. A young Jean was now hooked and a life-long passion for Ferraris and all interesting high-performance automobiles was launched.”

At age 19, the younger Jean purchased a used Ferrari 250 GT PF coupe and then a Daytona coupe that the Ferrari workshops in Italy converted from a racing car to one that was street legal.

In 1989, Jean sold his interest in the family shipping business to establish GTC, his own company that bought and sold collector cars on a full-time basis.

The RM Sotheby’s sale involved 77 vehicles and was held at the Paul Ricard racing circuit in Le Castellet, France, where several of the cars were driven on the track on their way to the auction block.

In addition to the unusual setting, the auction was the first at which RM Sotheby’s accepted payment from bidders in cryptocurrency.

“Cryptocurrency has become a significant part of the financial landscape and is now the way many people are choosing to conduct transactions on significant investments,” RM Sotheby’s chief strategy officer Byron Madsen was quoted. “We want to maintain true to the needs of our clients as well as those who are just getting into the collector car market.

“The role that cryptocurrency will play within the collector car market will only expand in the future.”

The auction, which involved only part of Guikas’ collection, drew bidders from 38 nations, according to RM Sotheby’s news release.

RM Sotheby’s next live auction is scheduled for January 27 at Phoenix, Arizona.