Maria Teresa de Filippis: The first woman to race in a Formula 1 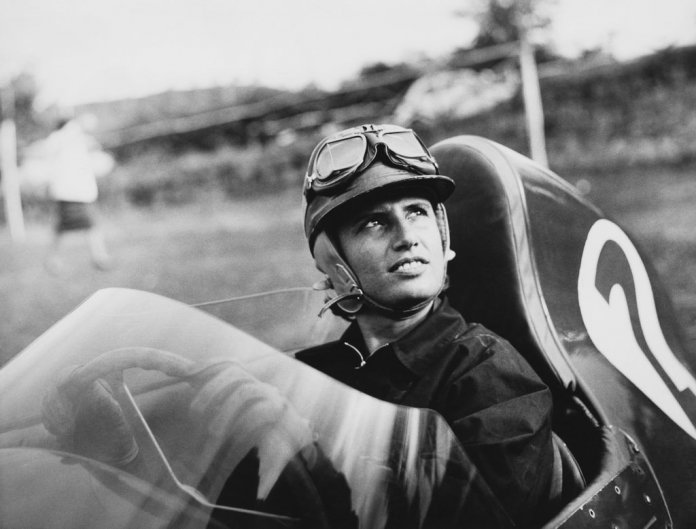 “I was either courageous or reckless, or foolhardy; Call it what you want, I just like to go at full speed.” – Maria Teresa de Filippis

In 1958, Maria Teresa de Filippis was the first woman to race in a Formula One, driving a privately entered Maserati 250F.

Maria Teresa de Filippis was born on November 11, 1926, in Naples, Italy. In 1948, at 22 years old, she began her motor racing career after her brothers bet her she couldn’t drive fast – boy did she prove them wrong. In the same year, she participated in her first race  — the 10-kilometer Salerno-Cava de ‘Tirreni, a 500cc class touring car event, which she won.

“That very first victory ignites her passion for racing and in the following year she triumphed in several competitions in the 750cc category,” Maserati noted in a news release celebrating de Filippis for International Women’s Day.

Throughout 1953 and 1954, she moved on to race an Osca 1100cc, winning the 12 Hours of Pescara, the Rullo d’Oro, the Catania-Etna, and on the circuits of Caserta and Syracuse.

In 1955, she transitioned to a Maserati 2000 A6GCS. With the Maserati, de Filippis won the Catania-Etna in record time and finished in second place in the 200cc class season championship.

“A powerful car with which I felt I could do anything… and I did,” Maria wrote in an article about her racing career. “Poor car! So many spectacular accidents, but also so many victories!”

In 1958, she competed in her first Formula World Championship Grand Prix in Belgium with a private Maserati 250F, making her the first woman to compete in Formula 1.

“Able to stand out in an environment that had previously been considered exclusively male, Maria Teresa de Filippis earned the respect and esteem of her rivals in the field and brought to the track the values that still guide Maserati today: excellence, elegance and power,” notes Maserati.

“Maserati and Maria Teresa de Filippis represent a winning combination,” the automaker continues. “A story of tenacity, courage and audacity. The desire and resolve to face technical, physical and personal challenges and to transform them into opportunities to be seized, looking to the future with determination.”

Shortly after competing in her first Formula 1, de Filippis retired from racing following the death of fellow driver and friend Jean Behra in August 1959.