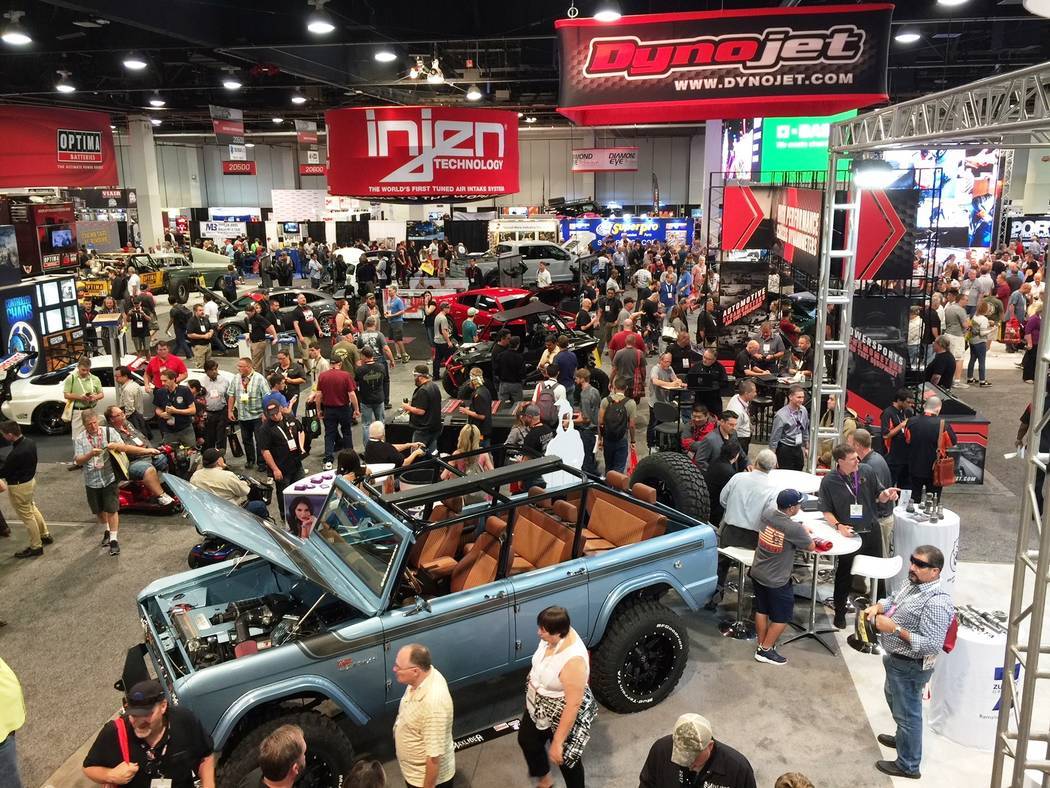 Another Specialty Equipment Market Association and Automotive Aftermarket Products Expo show is in the books, and the high-horsepower annual gathering concluded a four-day run Oct. 31-Nov. 3 in Las Vegas with very impressive numbers.

Presented at the Las Vegas Convention Center, Sands Expo and Westgate, the gathering produced 118,000 room nights for an increase of 16.51 percent over the last three years, with 25 percent of the 165,000 registrants journeying to Las Vegas from other countries.

Second in size to the annual Consumer Electronics Show presented in January, SEMA was again a gear head’s delight with every conceivable engine-powered vehicle ranging from classic cars to new cars and motorcycles.

The show also attracted more than 3,000 members of the media and generated an economic impact of $315.5 million.

The show consumed every possible inch of convention space, whether it encompassed a display or an exhibition of new or classic vehicles.

One area in front of the Las Vegas Convention Center was the site of some very loud and earth-rumbling vehicles competing in a form of drifting. While enthusiasts hung on for the ride of their lives in the passenger seat, the vehicles with throaty exhaust systems rumbled the earth and undoubtedly rattled the windows of surrounding hotel rooms.

It wasn’t hard to recognize that attendees of SEMA enjoy Las Vegas and the energy the city generates. The dream child of Leo Kagan, who turns 101 on Nov. 17, and members of the Las Vegas Convention and Visitors Authority, the show moved to Las Vegas from its old home in Anaheim, California, in 1977.

“There was no room in Anaheim,” Kagan explained. “It wasn’t big enough, and I realized that people were having booths in the hallways. Someone told me to host it outside, and I told him we would have problems in the rain.”However, not everyone was happy with the move to Las Vegas.

“I took a lot of heat for the move,” Kagan said. “I got called all kinds of names, and we added an industry newspaper that said I’d be the ruin of SEMA. It took several years before they saw that the opportunities in Las Vegas were endless. A lot of them were against the idea because there was a fear that the people would gamble and not go to the SEMA show.

“When we moved over to Las Vegas, we had about 400 booths, and we now have about 3,000 booths. It’s going to get bigger, too. There is an endless supply of companies that come to SEMA.”