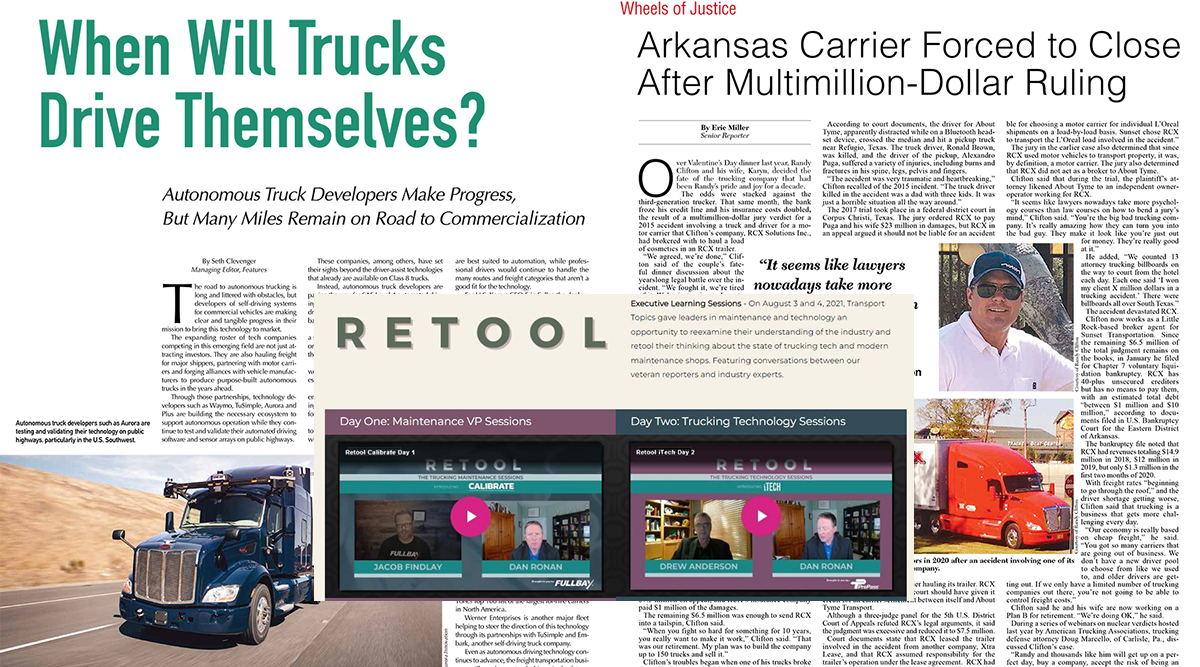 ASBPE presented bronze Azbee Awards of Excellence to TT in three categories for its coverage in 2021, honoring TT’s “Wheels of Justice” series for the second year in a row.

Written by TT Senior Reporter Eric Miller, the periodic series spotlights excessive multimillion-dollar “nuclear” jury verdicts against trucking companies and efforts to protect carriers against them. The series won a gold award a year ago in the same Print/Feature Series category. 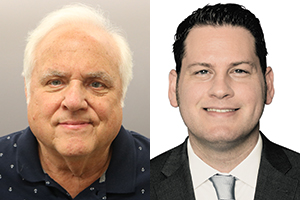 In the All Content/Technical Article category, Managing Editor of Features Seth Clevenger also won a bronze award for an iTECH cover story, “When Will Trucks Drive Themselves?” The article examined the progress developers of self-driving systems for commercial vehicles are making in their mission to bring that technology to market. A quarterly magazine, iTECH’s mission is to help guide executives make more informed decisions for their organization’s information technology. 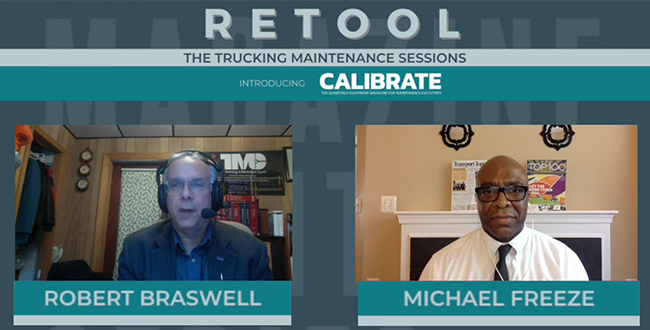 The next installment in the Magazine Event Series, “Optimize,” is coming up on June 7. It is now open for registration.

ASBPE is the professional association for editors, writers, art directors and designers employed in the business, trade and specialty press.

Since 2018, TT has captured 32 regional Azbee Awards and 18 national awards.