Growing up with car dealer father had perks and pressures 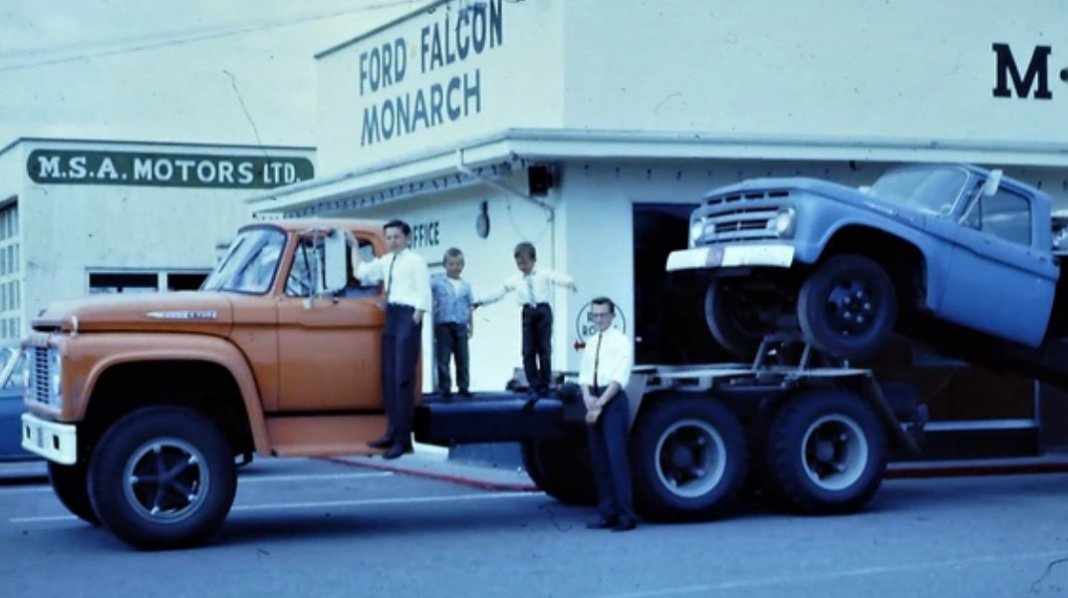 Terry Friesen remembers being a 16-year-old high school student and being told by his car dealer father to go to the airport and get on a flight to Toronto where his father was waiting with a car and a moving van that he had purchased and had to be driven back to British Columbia.

“He gave me $200 and a credit card along with a crash course on driving a truck with a five-speed transmission and two-speed axle and said goodbye,” Terry says of his first cross Canada trip. “The truck had an Oldsmobile Vista Cruiser station wagon in the back.”

He recalls being chastised for not completing his homework in high school and the teacher not believing why. The day before, after school, the 17-year-old had left his father’s Ford dealership in Abbotsford with an F100 pickup to be dropped off at a dealer’s lot in Kamloops. There, he got another truck to drive to Penticton where he picked up a Ford Galaxie. He got home in the wee hours of the morning: Highway 1 through the Fraser Canyon, down through the Okanagan and home over the Hope-Princeton in one shot.

His father, H.D. (Henry)Friesen, had purchased the now 70-year-old M.S.A. Motors, a Ford Monarch dealer, in 1959. M.S.A. stands for the Fraser Valley communities of Matsqui, Sumas and Abbotsford, an hour east of Vancouver. Henry Friesen was the ultimate wheeler dealer. There were five boys in the family in each one worked at Henry Friesen’s dealership. On one occasion, 30 new cars were sold to a rental company in Terrace and some of the boys were conscripted to convoy the cars north.