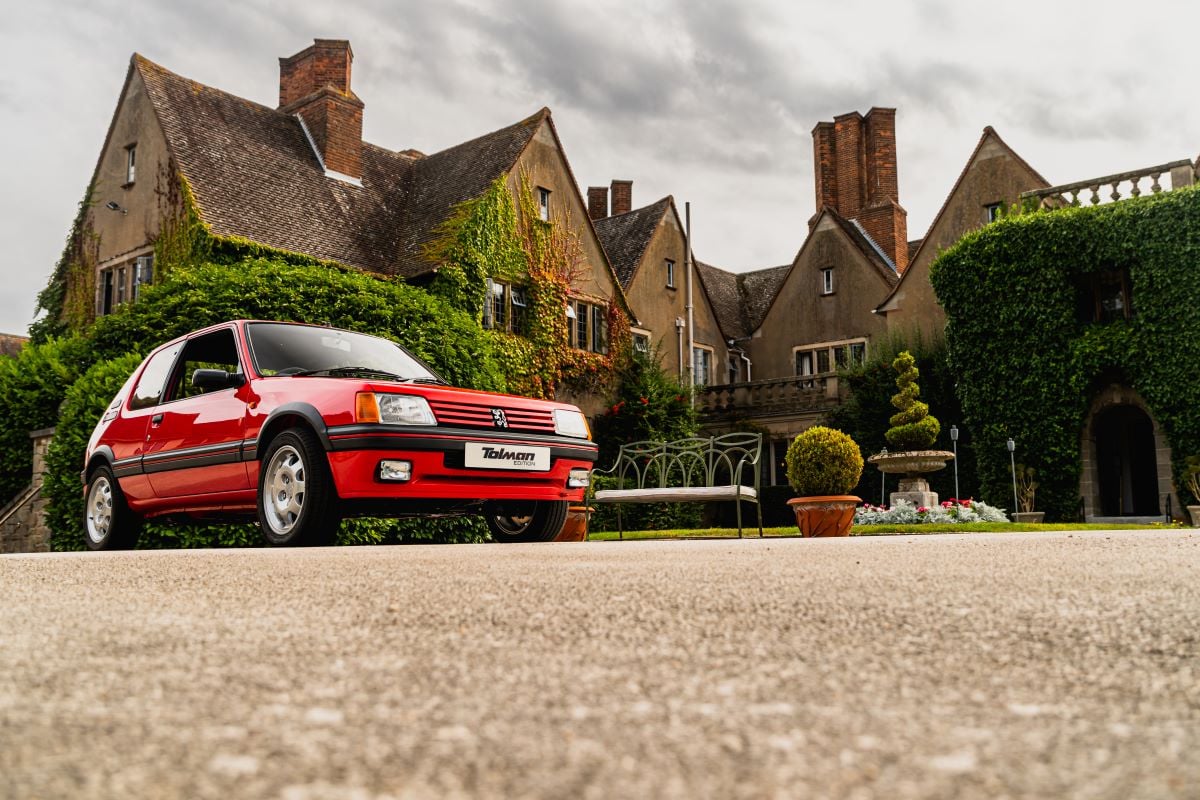 Peugeot never imported the 1980s 205 GTI to the U.S., but the hot hatch rivals (if not exceeds) the love that we have given to the Volkswagen Rabbit GTi. Several have been imported here as antiques, so there certainly is 205 love in America, but it’s a subtle immigrant amongst the popular JDM cult and pricey exotics. Will the Tolman Edition 205 GTI change that?

Much like Singer, the company reimagines old Porsche 911s into bespoke restomods with contemporary performance, Tolman Engineering has reimagined the classic Peugeot 205 GTI with performance, reliability and convenience for modern enjoyment — even as a daily driver.

Unless you’re in the British Isles, perhaps you haven’t heard of Tolman Engineering. Christopher Tolman founded the company in 2007 after 12 years of working in motorsport, including assembling British Touring Car Championship (BTCC) and World Rally Championship (WRC) engines. Over the years, the company has expanded beyond Tolman Engineering to include Tolman Motorsport and Tolman Historic. Drawing on the company’s experience in these facets, including parts it has engineered and manufactured, Tolman Edition has created a 205 GTI that will handle the demands of today’s enthusiast while satisfying the purist, as the build involves “non-invasive enhancements” that allow the 205 GTI to be returned to stock.

“The overriding impression from those experiencing our development car was the emotions it invoked. Drivers stepped out of the car grinning, having rekindled that feeling that’s so hard to find when driving today’s sports cars on the road,” says Chris Tolman. “Back in the 80s and 90s, for me and I’m sure many others, 205 GTIs were a first taste in performance cars; something rewarding, responsive and engaging.”

Last year, Tolman Engineering built its first 205 GTI 1600cc development car to gauge the possibility and public interest. Its success has led to the development of the Tolman Edition that we have presented here. It is a starting point where customers can “add optional performance or convenience elements based upon how they want to enjoy the car.” Tolman starts with a bare shell, applies the latest in anti-corrosion, stone chip and ceramic coating protections, and then goes through 700 man-hours to incorporate the performance and convenience features that make this 205 GTI a more adroit iteration of the 1980s classic. Customers can choose 1600 or 1900cc variants, with both receiving ported cylinder heads, the latter featuring 16V heads and a special billet cam cover to achieve over 200 horsepower. Other upgrades include shift rods and bushes, Motec ECU with fly-by-wire throttle, Tolman-developed stainless-steel exhaust (while maintaining the factory look), optional Quaife ATB differential, 15-inch Michelin Youngtimer PE2 tires and LED lighting.

Adds Tolman, “We wanted to recreate that feeling of being at one with the road, a car you can just jump in and simply enjoy driving hard. Current hot hatches surpass these cars in so many areas but despite having loads of power and incredible dynamics, they fail to rekindle that emotional involvement that made us feel special with the 205.”

Prices start at £55,000 (approximately $65,000), which also includes local delivery, 12 months parts and labor, and 12 months service and inspection at Tolman Engineering. No word if Yanks will be able to experience the charms of Tolman Engineering but, if you enjoy roller skates, an inquiry is in order. Plus, if your tastes run in other directions, Tolman Engineering plans more Tolman Edition cars from the 1980-90s, the first which will be revealed by the end of 2022.