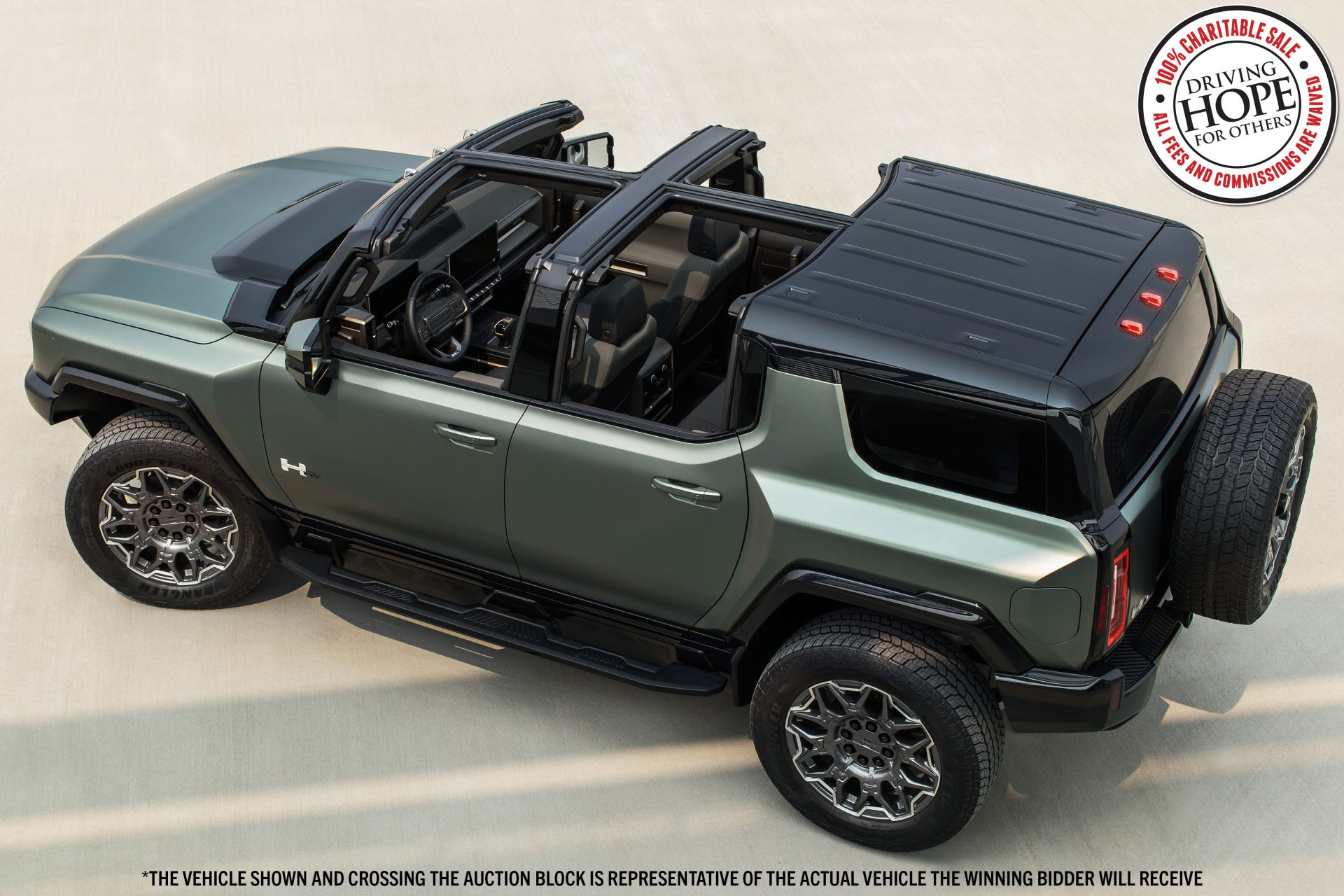 Each charity vehicle will cross the world-famous auction block with 100 percent of the hammer price going directly to its designated nonprofit organization. Helping raise over $149 million for charity to date, Barrett-Jackson is accustomed to auctioning VIN 001 vehicles to support charitable initiatives. The 2023 Scottsdale Auction will feature two of these highly collectible vehicles, including the 2024 GMC HUMMER EV SUV Edition 1 VIN 001 First Retail Production (Lot #3002) and the 2024 Ford Mustang GT Fastback VIN 001 (Lot #3004).

“Barrett-Jackson has helped raise more awareness and funds for charities across the county than any other collector car auction company,” said Craig Jackson, chairman and CEO of Barrett-Jackson. “We’re proud of the legacy we’ve earned as a company known for supporting organizations that help our military veterans, first responders, youth and those needing life-saving medical care. Together with our generous donors and bidders, we are improving the lives of countless Americans across the country.”

General Colin L. Powell’s 2015 Chevrolet Corvette Stingray (Lot #3003) will be featured on Saturday as well, and will be sold to benefit America’s Promise Alliance, an organization dedicated to pioneering collective impact work, bringing together organizations and communities around the most important issues facing the next generation. General Powell’s son, Michael Powell, will be on the auction block to support the sale of this cherished vehicle. Owned and driven daily by the late General Powell, former Chairman of the Joint Chiefs of Staff and U.S. Secretary of State, the Corvette is powered by a 6.2-liter V8 engine hooked to an automatic transmission. It is finished in Gunmetal Gray with a black interior and leather seats and has only 15,600 actual miles.

“Many of our greatest auction moments over the last five decades have been the sale of charity vehicles on our world-famous auction block,” said Steve Davis, president of Barrett-Jackson. “We’ve shared celebrations and tears as our collector car family rallied around those in need. We’ll never fully grasp the extent of the countless lives saved and opportunities provided by the funds and awareness Barrett-Jackson has helped raise at our auctions, but it is an honor to continue to have the opportunity to impact the lives of those who need it the most.”

A 2023 Ford F150 Lightning 4×4 Super Crew Pickup (Lot #3001) will be sold Friday, January 27, with 100 percent of the proceeds benefiting Fighter County Foundation to support the men, women and families of Luke Air Force Base in Arizona by enhancing the morale, well-being, culture, tradition and sustainability of the base. Recently named the 2023 North American Truck of the Year, this electric pickup is equipped with the Platinum Lightning Series Package, features a 145-inch wheelbase and is powered by a 300-mile dual emotor-extended-range battery with single-speed transmission. The exterior of this vehicle is finished in Iconic Silver Metallic, while the interior is black with black leather and was inspired by the fighter jet F-35 Lightning.

The 2021 Shelby Super Snake Count Kustoms Edition (Lot #3000) will cross the block on Friday to benefit Camp Freedom, a nonprofit that serves veterans, first responders, their family members and Gold Star families by providing peer-to-per interaction and camaraderie combine with an outdoor adventure to bring life-saving healing to these true American heroes. Customized by Count’s Kustoms, this vehicle is powered by a 5.0-liter Coyote V8 engine equipped with a supercharger and a special tune to deliver over 800hp and is mated to a 6-speed manual transmission.

Those interested in registering to bid on these five charity vehicles as well as the entire 2023 Scottsdale Auction docket may do so here.